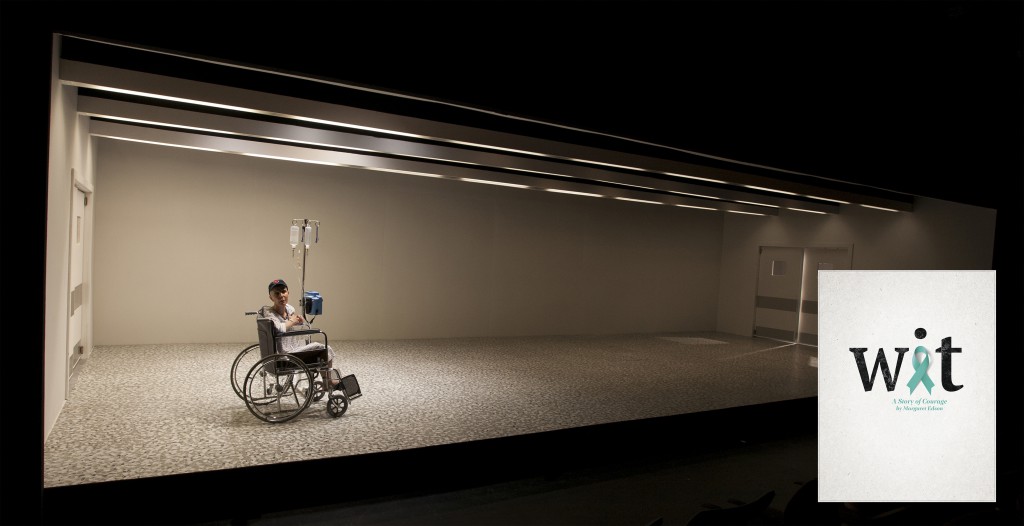 The first few weeks of a season can be some of the most promising and relaxing weeks of the year. Most of us at Triad Stage are focused only on the opening show and most of us still have some sense of calm thanks to a few weeks off in July.

I usually spend my downtime in the summer in the old part of Puerto Vallarta. It’s off-season, rates are cheap, and I accomplish an enormous amount of writing and reading done sitting on a balcony overlooking the Bay of Banderas.
My return to Greensboro always throws me instantly back into rehearsals, but thankfully there’s always Los Gordos, Greensboro’s best Mexican restaurant, to remind me of that Puerto-Vallarta-escape-from-it-all feel. I love the homemade care that goes into their food and the remarkable respect for authenticity.

Good food and good theater seem so much alike. Both are prepared with great love from the finest ingredients, made by hand and shared with their patrons as a gift from the heart. We can always go to a national chain or a national tour if we want something made for someone else, but if what we’re really hungry for is “homemade” buying local promises a level of care that values creativity far more than convenience. (And those homemade tortillas at Los Gordos keep me coming back for more.)

Soon after the Opening Night of the first show, the activity of the season explodes. We’re currently in rehearsal for DEATHTRAP and deep in preparation for two holiday shows and the first shows of the New Year. As many of our staff were toasting the final performance of CAT ON A HOT TIN ROOF, I was in New York casting both VROOOMMM! (with director David Karl Lee, an old friend from grad school and one of the wackiest, funniest directors I know) and BEAUTIFUL STAR. We cast our shows by auditions here in the Triad and in New York. As a result, I spend quite a bit of time in New York — reminding myself why I don’t live there.

Our New York auditions happen at Pearl Studios, located in the mid-thirties on 8th Avenue. We have a New York casting director, Cindi Rush, who has worked with us from the very first show of our inaugural season. Cindi is, as my mountain relatives would say, just good people. She places talent before celebrity and values craft and dedication more than anything else.

She sends out a breakdown describing key characteristics of all the roles we will be casting and requests submissions from actors’ agents and managers. We then spend several days watching actors play scenes we have selected from the play with a “reader” — an actor who reads all the other roles. After the first auditions, we decide who to call back and then see another day of auditions with new material and a chance to revisit scenes from the first day. Once Cindi and I (and the guest director and/or the music director) have decided who we want to hire, we make offers through the agents and wait patiently to see if the actors will accept.

This waiting game can be nerve-wracking. No actor will ever get rich working in regional theater. We are often competing with far more lucrative film and television offers. Triad Stage is building a reputation as a place where actors want to work. Almost always we get our first choices.

Sometimes, we don’t audition a role at all. Sometimes, an actor I know and love is the reason we select a play. We call the agent directly to make an offer. Such was the case when we began the casting process for the first show of our third season at the Hanesbrands Theatre in Winston-Salem. I programmed WIT knowing that I could not imagine producing the play without a Triad Stage favorite, Kate Goerhing, in the lead role of Vivian Bearing.

Kate has appeared in numerous shows at Triad, from THE LITTLE FOXES at The Pyrle to UNDERNEATH THE LINTEL at the Hanesbrands and she is one of the most compelling and talented actresses I know. Working with an extraordinary cast including two recent UNCSA graduates and UNCSA legend, Lesley Hunt (the fabulous teacher who taught me how to breathe, stand up straight, take snuff, and dance the Gay Gordon).

Look, there’s no way to sugar coat this: Kate is going to rip your heart out. WIT is one of the most powerful theatrical experiences you will ever see in your life. If you have battled cancer or loved someone who battled cancer, you must see this show.

Even though there is lots of laughter along the way, I’m being honest when I say there wasn’t a dry eye in the room when we watched the final run in the rehearsal hall before moving to the theater to begin technical rehearsals. I’ve seen the play numerous times, I knew what was coming, and I told myself I wasn’t going to embarrass myself in front of the company — but a box of Kleenex later the only thing that mattered was the deep connection with community this remarkable Pulitzer Prize-winning drama creates whenever it is done with great love and truth. And Kate and company are doing just that!

I can’t wait to share it with all of you and look forward to seeing you in Winston-Salem.