It’s night in Ireland and I returned to my hotel room to do a bit of writing.  I think this hotel is an ideal spot for working. Opened in 1845, the fading elegance suggests the ghost of any number of fabulous characters.  I’ve opened up a bottle of Writer’s Tears whiskey, the seagulls are crying outside, and I suspect soon it will rain.  Perfect writing conditions.

But first I wanted to take an opportunity to reach out to all of you in this lull between seasons.  Folks at Triad Stage are busy at work preparing for the season ahead.  Designers are working on the first two shows and our production staff are building sets and making costumes for Arms and the Man.

I’m in Europe because I was asked to join a group of UNCG students in London to guide them around the city and take them to a number of plays.  The students and Denise Gabriel, UNCG faculty member and Triad Stage Resident Movement Director, had spent a terrifically challenging couple of weeks studying theater in Wales.  I was pleased to meet them at Paddington Station last Sunday and begin an immersive journey through varied types of theater in London. 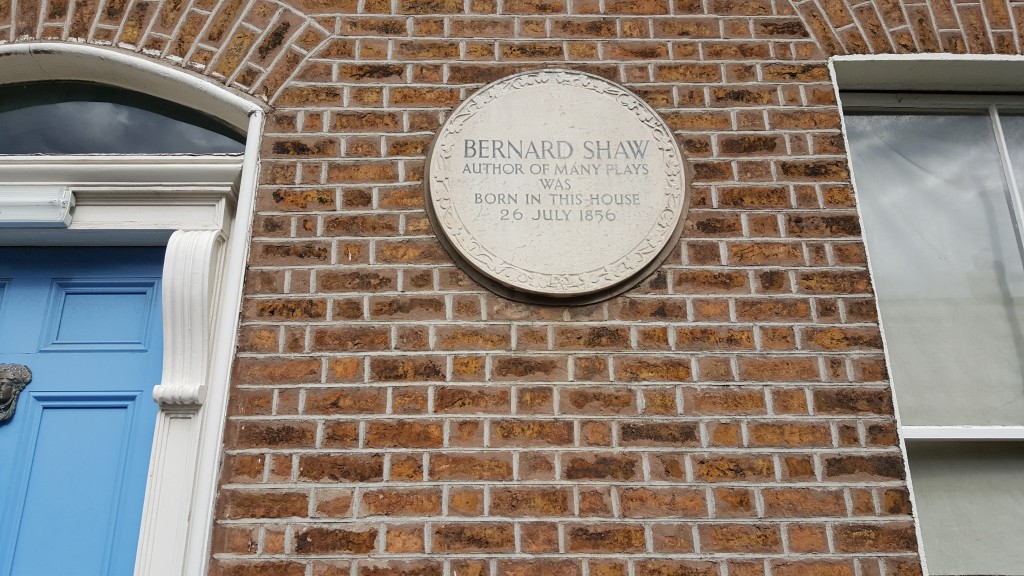 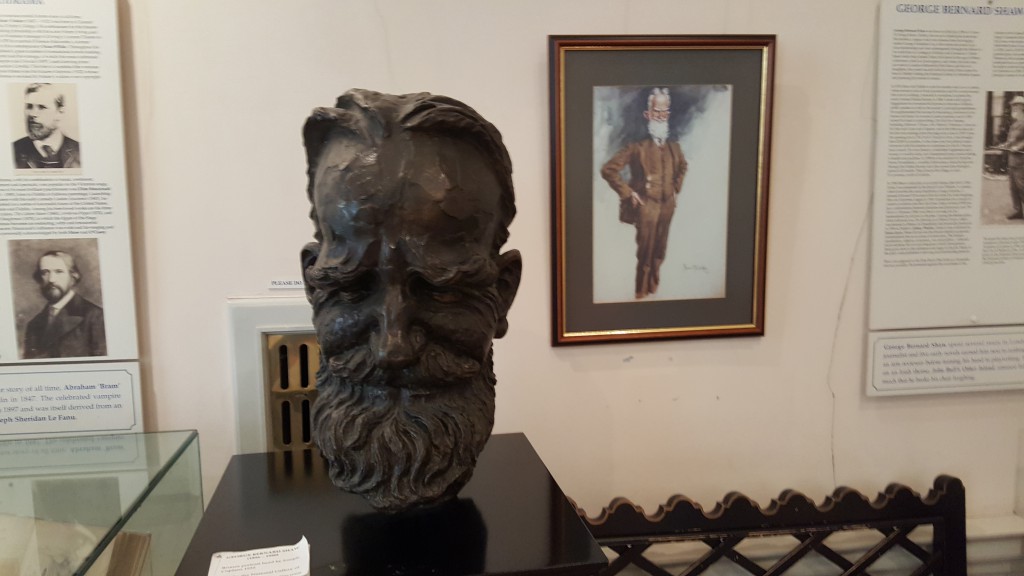 From a 55 seat fringe theatre above a pub to a center for new writing to a West End auditorium to the wonder that is the National, the students saw a wide variety of new work.  We also visited some of my favorite museums, buildings and parks in the city.

As usual, any trip to London for me is an opportunity to experience new plays, new directors and to seek inspiration.  I was also able this trip to fit in a walk to the home where George Bernard Shaw wrote Arms and the Man and I was delighted to realize I was watching Headlong’s visceral and challenging 1984 in the theater where Arms and the Man had its world premiere in 1894. 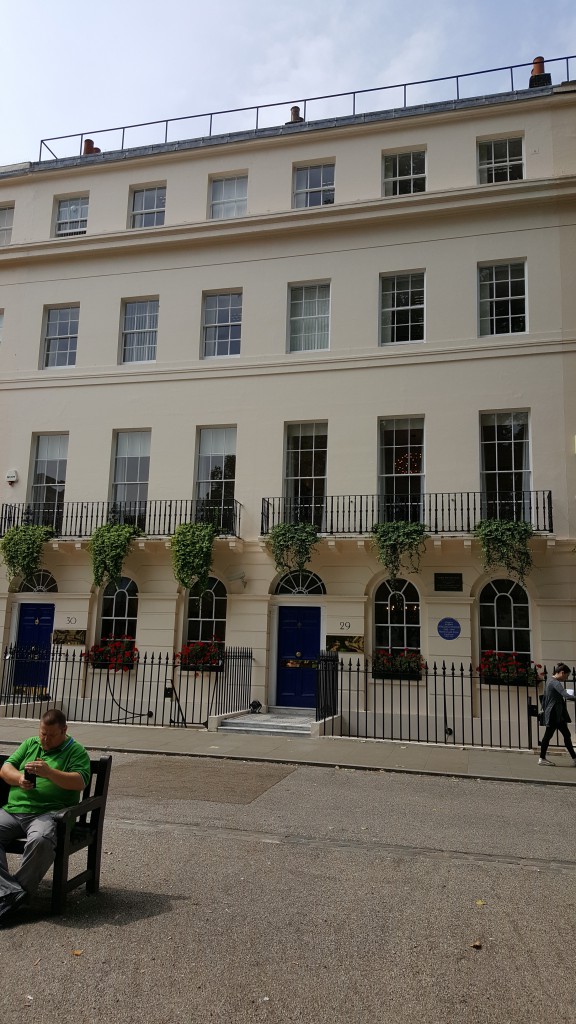 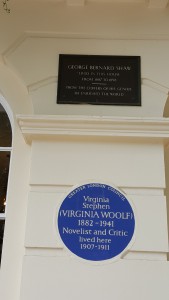 One of the great pleasures of my artistic life in the Triad is that I get to work so closely with UNCG.  I’m honored to help mentor the MFA directing students, get to work with so many of the other students and am thrilled to get to work so closely with the faculty of the theater department.  Many of the faculty work with me at Triad.  Jim Wren provides the excellent fight choreography.  Chris Morris is our voice and dialect expert.  And Denise Gabriel works wonder with movement.

Because I was rather frightened of my movement teachers when I was an acting student, I was at first surprised that Denise and I work so well together.  But from the first time I experienced her coaching an actor, I realized that she is a kind of miracle worker.  With a few words and a touch, Denise can get an actor to break through any walls or resistance.  I’ve been privileged to see her work with students and professionals and I know that her tenacity and talent are an enormous boon to UNCG and Triad Stage.

Denise is one of the most dedicated teachers I have ever seen.  She cares passionately for her students.  She works beyond the call of duty to help them, to create exciting opportunities and to build bridges between the university and the profession.  Her dedication to the Wales theater program is just one example of her constant striving to spur creativity at UNCG and in Greensboro.  This fall, Denise has arranged for an acclaimed South African company to travel to Greensboro and perform Eugene O’Neill’s Desire Under the Elms in the UpStage Cabaret.

After the student program ended, Denise and I decided to travel to Ireland to begin to make connections to establish new international partnerships for Triad Stage and UNCG.  We’ve seen rough and tumble new theater, contemporary Irish classics and still have a few shows to go.  We also did a 15 mile walk through the country side where we were attacked by bats and cows, but we survived the wild beasts of the Irish jungles because I remembered that St Patrick had rid the island of snakes and that gave us courage.  Why St. Patrick didn’t also kick out the bats and at least the most violent of the milk cows is something I will never understand. 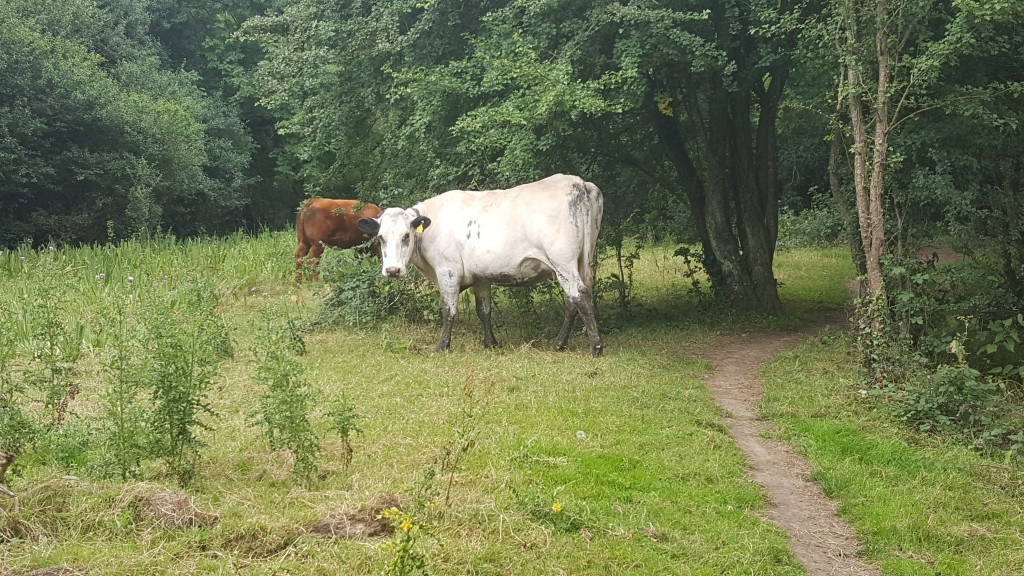 I’m surprised it has taken me this long to make my way to Ireland.  I have no Irish ancestors, but I have always loved so many of the great Irish writers.  Ireland is also a place where theater and the identity of a nation are so entwined.  The Abbey Theatre played such an instrumental role in the formation of the nation.  The idea that a theater could become a vital part of a community, engage in the conversations essential to its audience and belong wholeheartedly to its place makes the Abbey one of the touchstone theaters that provide inspiration to me as Rich, the staff, and I continue to create Triad Stage with you.

It was a little disappointing to find that the outside of the Abbey looks a bit like a Belks in a late 1970’s shopping mall.  But the inside lived up to all that I had imagined.  Not only is it a beautiful theater but I saw a risky and stunning production of Tom Murphy’s The Wake.  Annabelle Comyn’s direction was gorgeous and Aisling O’Sullivan’s performance as Vera was daring and true. 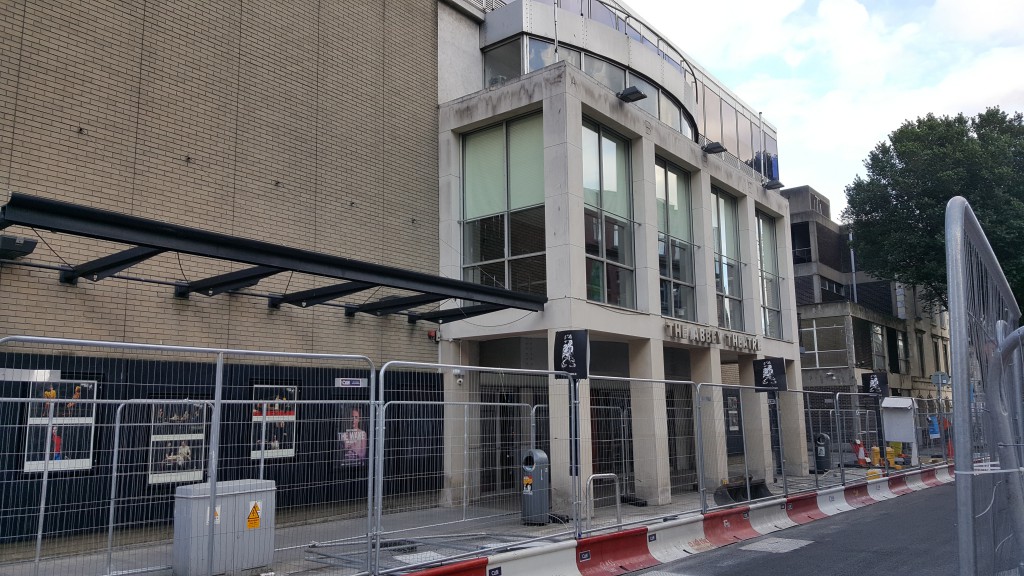 The great thing I love about travel—whether to another world in a theater or down an undiscovered street in a new city—is that if one carries curiosity with them, wonders will be found.  I’ve not been able to stop thinking about O’Sullivan’s performance and the way it relates to risk.  The risk that an artist takes when they do the unexpected or try out a new way of expressing themselves or dares to create outside the established contemporary forms entails real danger.  And the reality is if one makes bold choices there will be many who criticize and mock.  But what’s the alternative?  To be safe?  To not try?

When I see a performance like O’Sullivan’s I’m reminded of the necessity to risk disapproval.  Art without bold choices accomplishes little.  I often tell students, professionals, and myself, that not making choices feels safe, but it doesn’t make great art.  I’m thrilled to return back to Triad Stage recommitted to our core value of “Artistic Risk.”  Without that “Artistic Risk” we could never hope to really engage with our community and belong to the Triad. 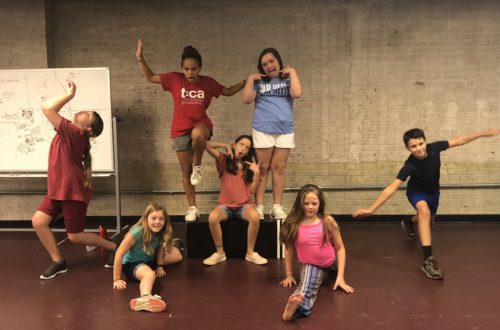 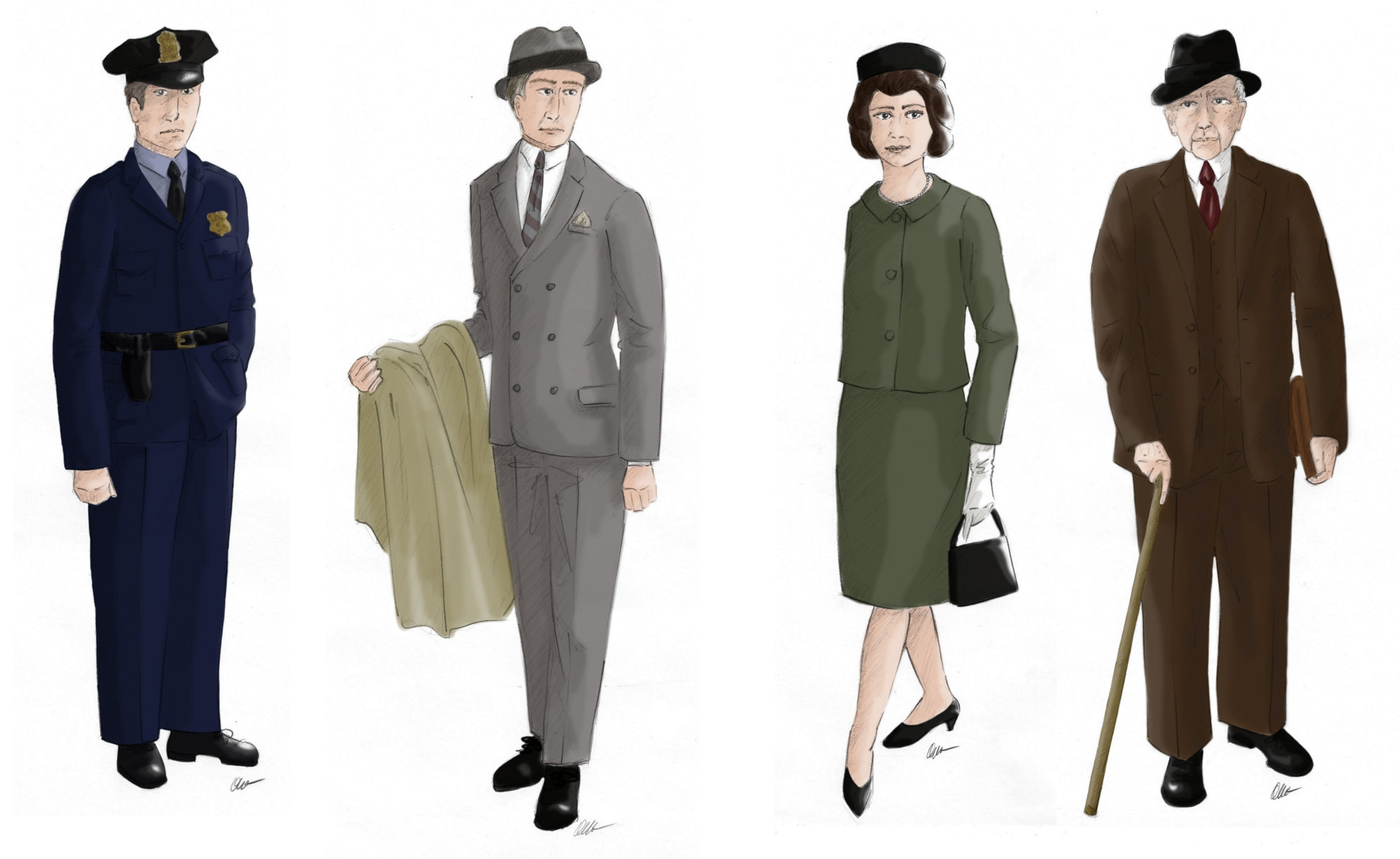 An Interview with Olivia Trees, Costume Designer for ‘The Price’